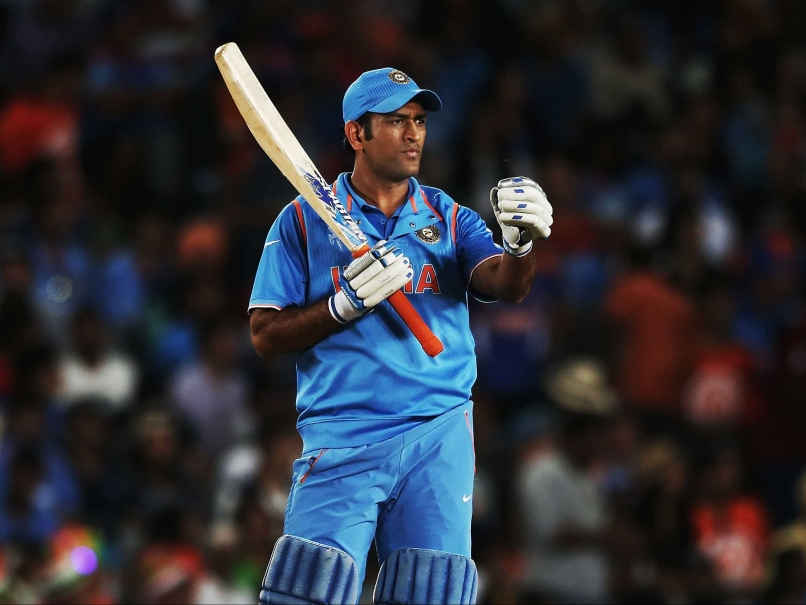 It was another typical knock from Mahendra Singh Dhoni in which he along with Kedar Jadhav took India to a safe position against the West Indies in the fourth One-day International on 25.6.2017. Dhoni has played the anchor role many times and once again proved that he still is one of the best in the business. Of late, Dhoni has been inconsistent in his batting but in this match he had other plans. India was in a state of bother when Dhoni and Jadhav came in together but they planned the innings in such a way that by the end of the innings India was in a safe position.  It was a tough track to bat on with the overnight rain and Dhoni’s 78 off 79 balls took India to a safe position. It was after a long time that Dhoni got a chance to score because the majority of the runs were scored by the top three batmen in recent times.

What made Dhoni’s knock special was the nature of the wicket in which scored these runs. The pitch had variable bounce and pace and Dhoni planned his innings in such a way that the scored reached 250 at the end of the 50th over. Post match Dhoni said that he was aiming for 250 and thought that 250 was a score which the bowlers could defend, if they bowled well. Dhoni was pretty vocal behind the stumps when India was bowling and gave important tips to Ashwin and Kuldeep. So, to all those who feels that it is the end of Dhoni’s career, Dhoni has sent a message with this innings. Maybe a lot more to follow…

India will be aiming to seal the series in the next match with yet another reverberating performance against the weak West Indies today, Sunday, 2nd July. It looks like that India will go through the formalities pretty smoothly taking into consideration the early victory margins of 105 and 93 runs with the first match being abandoned because of rain. West Indies looked like an unprofessional outfit and failed to put up any impression of fight in this series. India has all its bases covered because the batmen are scoring runs and bowlers have been disciplined and taking wickets at will. Ajinkya Rahane has been in top form and so is Shikhar Dhawan despite the failure in the third ODI. Kohli too has been consistent with the bat and the win for India may help Kohli to ward off the unnecessary debate which was created for his role in sudden departure of the national coach, Anil Kumble.