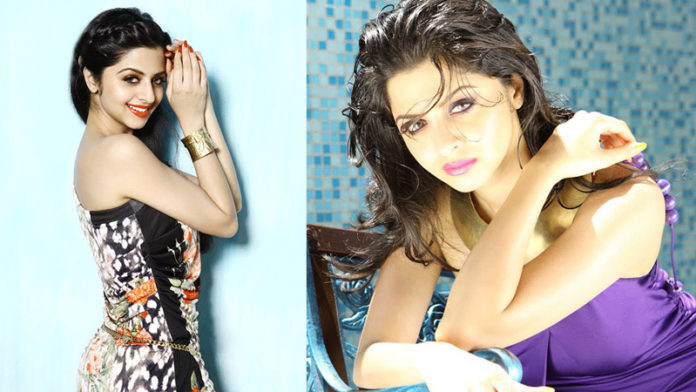 8 SEXY & HOT Photo’s Of Vedhika  – Vedhika is an Indian film actress who has appeared in Malayalam, Telugu, Tamil and Kannada films. She made her breakthrough portraying Angamma in Bala’s period film Paradesi (2013), winning critical acclaim and award nominations for her portrayal.

Vedhika enlisted in Kishore Namith Kapoor School to learn acting and dancing skills for a career in films. During her time she was involved in modelling assignments and did a notable advert for biscuits alongside prominent actor Suriya. She was subsequently approached by Arjun to essay the lead role in his production Madrasi (2005) and Vedhika accepted the role. Her role went largely unnoticed due to the film being based around Arjun’s action image, with a critic labelling her performance as “adequate”. After the release of Madrasi, Vedhika went on to sign a big budget Hindi language film, Jai Santoshi Maa, a remake of the 1975 film of the same name, but the film failed to subsequently materialize and Vedhika continued acting in South Indian films.

She went on to feature in Raghava Lawrence’s comedy horror Muni, but her role was minimal once again and the film went to become an average grosser commercially. Her maiden Telugu venture was in Vijayadasami, a remake of the Tamil film Sivakasi, where her performance was described as “okay” and “average” by critics. Telugucinema.com. Retrieved on 18 October 2011. Her first release in 2008, was the Silambarasan starrer Kaalai, received negative reviews and became a commercial failure. However, the film became notable for the dance number, “Kutti Pisase” with Vedhika’s dancing being critically appreciated. She went on to appear in a second successive film which was panned by critics and which became a financial failure with a role in Sakkarakatti. The long-delayed film featured Shanthnoo Bhagyaraj making his debut in the lead role and A. R. Rahman providing the soundtrack, however Vedhika’s role was described as one of the sole positives from the project. Later that year, she starred in a Kannada film, Sangama opposite Ganesh, and the film fetched her good reviews for her performance. In 2009, she appeared as the radio jockey Anjali in A. Venkatesh’s Malai Malai with the film consequently going on to become a success commercially. The film had little scope for Vedhika and reviews cited her role as “pure eye candy” whilst claiming she was “apt” for the role. She made a comeback to Telugu films in the same year, with a role in the critically acclaimed Baanam.