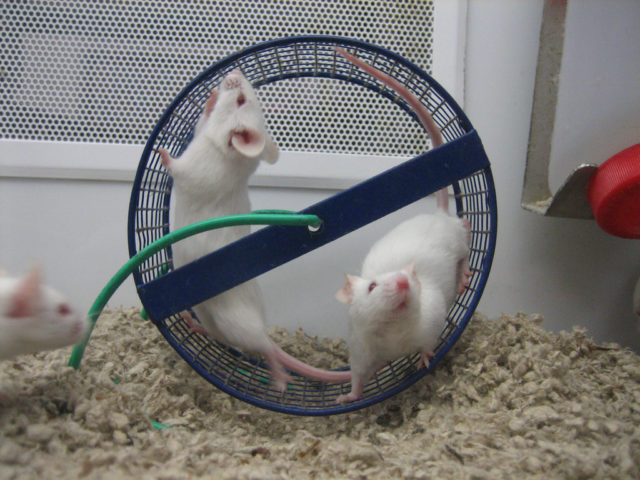 More and more studies show the dramatic effects of blood plasma from young people given to both older humans and animals. The latest study shows that old mice showed signs of rejuvenation after transfusions with human blood.

A team of researchers from the pharmaceutical company Alkahest in California have taken blood samples from a group of 18-year-old human test subjects and injected them into 12 months old mice. That age in mouse terms is about the same as 50 year old human body. The results are exciting and seem to confirm the findings of several other recent studies into rejuvenation.

The mice received injections of blood plasma twice a week for three weeks. The researchers  then compared the mice that got infusions of teenage blood with control groups of mice at 3 and 12 months respectively.

The comparison showed that physically, the elderly mice suddenly behaved like young rodents when they had received the transfusions for a couple of weeks. Their memory also seemed to improve to match the level of much younger mice.

Scientists believe that the rejuvenation is due to differences in the proteins in blood plasma from young and old bodies. Young blood plasma contains some proteins, which disappears with age and seem to be replaced by destructive molecules.

As for the exact nature of these proteins, the researchers won’t publish those details yet. But they do say that the proteins clearly have a negative effect on both the body and the brain. When untreated older mouse brains were dissected and compared to the treated ones, the results showed that the treated brains had greater amounts of newly formed neurons than the older brains.

“We have actually, for the first time, discovered that there are hundreds of proteins that change with age,” says neurologist Karoly Nikolich to CBS. The study was presented at the annual meeting of the Society for Neurosciences, but has not yet been published or peer-reviewed. However, previous studies have shown similar results. The researchers will examine if young blood plasma can do the same for older people and thus help in the fight against Alzheimer’s Disease