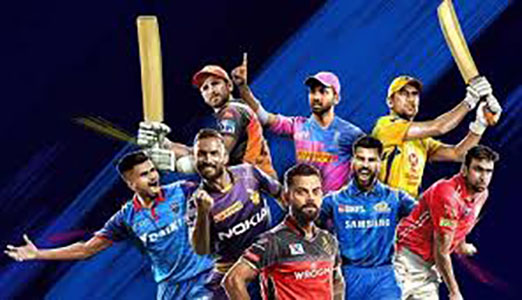 Mumbai Indians vs Chennai Super Kings – The Rivalry So Far
19 Sep, 2020
Mumbai Indians and Chennai Super Kings have had one of the most storied rivalries in the Indian Premier League (IPL). In the past, they have met in the finals on three different occasions with MI managing to trump CSK twice in the finals.Both MI and CSK are the most successful teams and are star-studded. If CSK boasts of greats like MS Dhoni, Suresh Raina, Dwayne Bravo, Shane Watson and Ravindra Jadeja, the MI has prolific run-getter Rohit Sharma supported by the ever destructive Kieron Pollard, Suryakumar Yadav, Quinton de Kock and the Pandya brothers.

The inaugural match has enough interesting interpersonal battles such as Rohit Sharma versus MS Dhoni, DJ Bravo and Pollard which marks a kind of calypso competition. Amidst all this the absence of Lasith Malinga, Harbhajan Singh and Suresh Raina will be felt by their respective teams.

Also Read : ‘CSK Didn’t Get off to a Good Start Due to COVID, But We Dealt Very Well,’ Says Fleming

A gala event is surely on the cards for the spectators, though not from the stadium perspective. All-rounder Jadeja is 73 runs away from completing the milestone of scoring 2000 runs in the IPL without even a single half-century, this, apart from the 100+ wickets he has already. MI’s pacer Bumrah is 18 wickets away from reaching 200 wickets in T20s. CSK’s skipper MS Dhoni is just 4 games less than Raina to become the most capped IPL player.

If it about runs, Rohit Sharma is about 102 runs shy of reaching 5000 runs in IPL which will take him on par with Raina and Kohli who have crossed the 5000 runs mark. All in all the first match appears to be a supreme contest showcasing the mega rivalry between CSK and MI.

The Mumbai Indians have faced the Chennai Super Kings 27 times totally in the IPL. MI takes the lead by winning 18 matches against CSK, and lost only 11 games out of the 27 played. These two teams played 4 matches against each other the previous season and MI won all of them.

Most Runs in MI vs CSK encounters

The skipper of the Mumbai Indians Rohit Sharma is the leading run-scorer for MI with a total of 614 runs against CSK. On the hand, CSK’s Suresh Raina has a score of 704 runs against MI in the IPL.

With the absence of Raina, MS Dhoni will have to take charge as the run-getter, he has a total of 663 runs for CSK against MI.

Going back in time, Matara Mauler and Sanath Jayasuriya brightened the first season on IPL in 2008 by scoring 114 runs for MI. In the year 2013, Michale Hussey scored 86 runs for CSK which is their teams highest individual score of that year.

Currently, MI has the highest individual score of 87 runs by Rohit Sharma and CSK has 80 runs scored by Shane Watson.

Also Read : No Opening Ceremony For IPL This Year

Most Wickets in MI vs CSK encounters

Former MI player Harbhajan singh has the best bowling figures of taking 5 wickets and giving only 18 runs against CSK in 2011. In 2014, CSK’s fast bowler Mohit Sharma dismissed 4 players and gave only 14 runs.