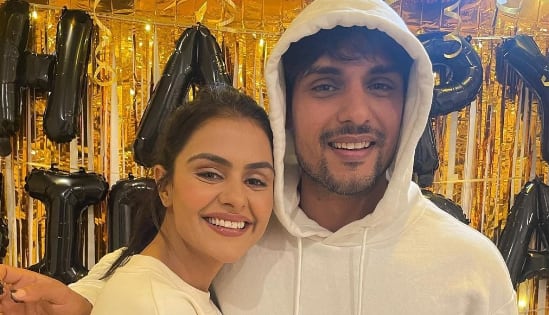 Bigg Boss 16 fans are missing the presence of Ankit Gupta. The makers have brought in a new member in form of a cute St Bernand but it has not made fans happy. Everyone is upset with the elimination of Ankit Gupta. Priyanka Chahar Choudhary is now on her own to fight a group of rivals who are keen to have her out of the show. She wept bitterly when he left the show. Now, fans want to see how Priyanka Chahar Choudhary survives alone on Salman Khan’s show. She has made a small group with Shalin Bhanot, Tina Datta and others. Also Read – Bigg Boss 16: Rajiv Adatia is ‘liking’ Abdu Rozik’s new version post his re-entry; takes an indirect jibe at Sajid Khan

Last night, Priyanka Chahar Choudhary was seen sleeping with the jacket of Ankit Gupta. It is obvious that she is missing him a lot. Fans become emotional seeing this. Outside, Ankit Gupta has said he is sure the audience would not have eliminated him from the show. Fans reacted like this on seeing this love from PCC’s side. Also Read – Trending TV News Today: Sheezan M Khan’s statements on Tunisha Sharma suicide case gain spotlight, Bigg Boss 16 sees nominations of eight contestants and more

It is said that Ankit Gupta will be a part of Ravi Dubey and Sargun Mehta’s show. But he has denied all the rumors. Fans are hoping that PriyAnkit come together on the show in some way or another. Also Read – Tunisha Sharma suicide: Bigg Boss 16 fame Ankit Gupta calls it ‘shocking’; says, ‘I have also been through depression…’