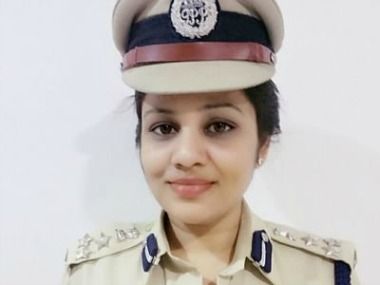 DIG Prisons D Roopa did the right thing by exposing the VIP treatment given to AIADMK (Chinna Amma) Chief and convicted prisoner VK Sasikala in Bengaluru’s Parappana Agrahara Central Prison; but what she got from the government was a transfer. Karnatak DGP (Prisons) HN Sathyanarayana Rao who was accused of accepted bribes from Sasikala was also transferred with immediate effect. Roopa has been transferred to the traffic and road safety department but she refused to comment on the proceedings. She told press people that she can react only after receiving the copy of the letter from the government. Government notifications stated that NS Megharikh, Additional Director General of Police, Anti-Corruption Bureau, was transferred with immediate effect and posted as Additional DGP, Prisons, in place of HN Satyanarayana Rao. There is no news from the government as to who will replace Roopa and the government is also silent on the fate of Rao. Roopa had accused Sasikala of bribing Rao and Bengaluru central jail officials for unjustified favours on Wednesday. Some of the local news channel quoting Roopa said that Sasikala has given Rs 1 crore bribes to Rao and another Rs. 1 crore was distributed among officials including the warden of the central jail for allowing her special privileges.  Sasikala is serving a four year sentence in an illegal wealth case in Parappana Agrahara, Bengaluru. Rao, meanwhile denied the allegations and accused Roopa of gross subordination.   According to Rao, Roopa has been served a memo seeking explanation and evidence to prove her claims. The state government has also served notice asking her to explain her action of reporting the issue to the media. Ms. Roopa, in a report to the government based on her inspection of the central jail had alleged that Saiskala enjoys an exclusive kitchen and many other facilities in the jail. Following her report the government ordered an inquiry to the whole incident.  Government felt that the interaction of both the officers with the media was “unwarranted and a serious violation of service rules”.