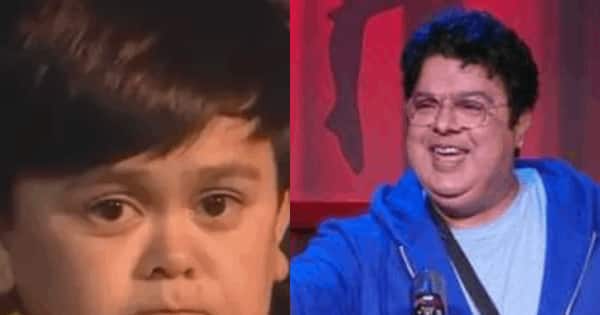 Bigg Boss 16 is all about fights, drama and romance. It is among the top shows currently as the contestants are giving enough fodder to the show to keep audiences glued to the screens. Surprising or not, Bigg Boss 16 has seen very few eliminations. Even after 75 days, almost 14 contestants are still inside the house. However, the cutest and the most adored one, Abdu Rozik, is out of the house. Over the Weekend Ka Vaar, he was asked to step out of the show but without elimination. It is rumoured that he is out of the show for medical reasons and he will enter the house soon. Before his exit, we conducted a poll on social media asking fans if he should stay away from Sajid Khan and make friends with Ankit Gupta. Here’s the verdict. Also Read – Ghum Hai Kisikey Pyaar Meiin, Anupamaa, Imlie and more: Here’s the list highest TRP raking TV shows [Watch Video]

Should Abdu Rozik stay away from Sajid Khan and make friends with Ankit Gupta?

There was a lot of commotion on social media over Sajid Khan and mandali not treating Abdu Rozik well. It was because they wrote ‘I Love Tatti’ on his back. This did not go down well with many. Ex-contestant Rajiv Adatia suggested that Abdu Rozik should stay away from Sajid Khan and rather make good friends with Ankit Gupta. We asked the audience if Abdu should do as suggested. As we write this story, 92 percent of the audience said yes, he should. It is loud and clear that fans do not want Abdu to stay with Sajid Khan. If he re-enters the house, Abdu should surely make some new friends in the controversial house. Last week, it was Ankit Gupta who choose captaincy for Abdu Rozik over letter from his family and fans. Also Read – Bigg Boss 16: Gautam Vig says Sajid Khan’s prank on Abdu Rozik was very embarrassing – That shows your sick mentality

Check out the poll result here. 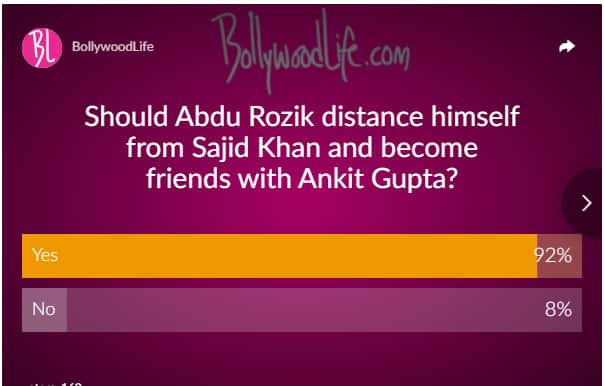 Meanwhile, it remains to be seen when Abdu Rozik will re-enter the house. Nothing is clear as yet but his fans have their fingers crossed. They want to see Abdu inside the house very soon.