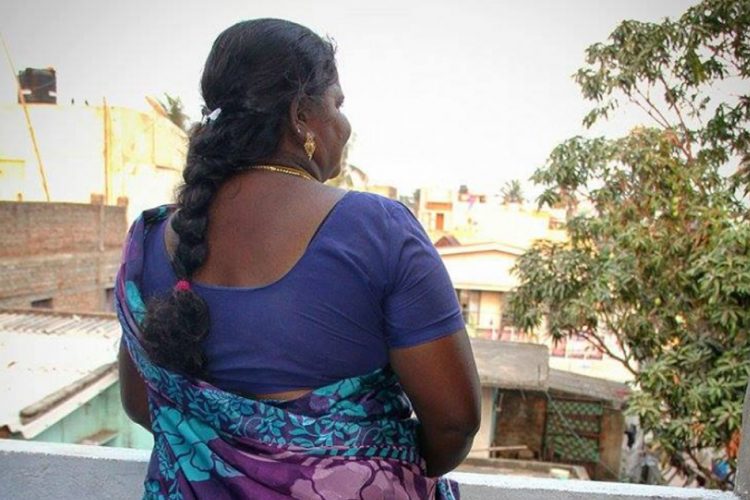 “My teachers back in school always believed in me and told me that I would go places since I was a bright student. I was one of the few students from my community who went onto pursue a college degree after schooling. I graduated in B.A History from Govt Arts College, Mint. But after graduating, my career didn’t take off as I thought it would. I couldn’t find a job for 5 years, and after that I worked as a typist in a private firm for a very basic salary for another 4 years.

There were times during those 9 years when I felt I was wasting my potential. It was during one of those times of helplessness I met my husband, Bala. Bala is a 10th pass, who works as a mason. The few times we met I liked him and we decided to get married. My family helped arrange our marriage but did not like him whole heartedly due to his job and educational background. We got married in 2013 and trust me I couldn’t have asked for a better husband! It all started when I showed him my school and college marksheets. He knew I completed my B.A but he sure didn’t know how well I managed to do them.

That night he told me to do something which I will never forget. He told me to study further. and that I was wasting time doing household chores everyday. At first, I thought he was joking but the next day without telling me, he had gone to Madras University and asked about the procedures to apply for M.A in correspondence. I was shocked because I dint know he was so sincere. He made sure I enrolled myself in the next batch and I got back to studying soon. He is still very supportive. He doesn’t disturb me during my exam dates and does all the work from cooking to keeping the house clean. When one does so much how can I not fall in love? Now I can’t think of a life without him. He keeps telling me to teach him English and to even communicate in English with him .

So at times over the phone I ask him: How are you? When would you come back? Have you taken your food? He replies without hesitation and after a point we both burst out laughing. His only wish is that I become a government servant. He told me how I would be independent if I have the job, in case something were to happen to him. So to fulfill his only wish I have started studying for TNPSC Group 2 and 4 exams.

I want to make him proud. I have also always wanted to serve my community and offer some sort of help or support to people. So in the end even our goals somehow overlapped, by serving for the govt I would be serving the people. My only advice to anyone who is married is that help your wife/husband to grow. Don’t restrict their capabilities just because they love you. By letting them grow, you grow and your love also grows.”

10 Of The Worst Natural Disasters Ever Recorded

Mukesh Ambani Just Gave A Fitting Reply To A ‘Pretty’ Girl Looking A For A...

6 Facts You Didn’t Know About Your Penis

Suhana Khan with her dad Shah Rukh Khan in Party

MyStory: In Few Years I Realised That This Race Of Wanting More, Finding Joy In...