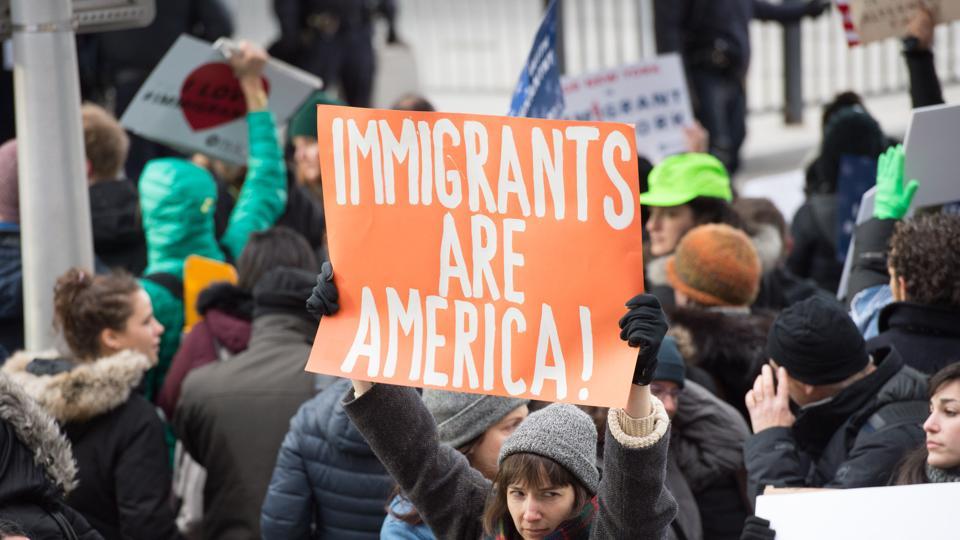 A federal judge in New York on Saturday stayed deportations under President Donald Trump’s order barring refugees and citizens of seven Muslim-majority nations who reached the US within hours of the controversial directive going into effect.

A short while later, a judge in Virginia state stayed the deportation of green-card holders being detained under the same order.

The New York order came against a lawsuit filed by the American Civil Liberties Union (ACLU) on behalf of two Iraqi refugees who were detained at JFK airport on arrival after the order went into effect.

Though they were released after some hours, Judge Ann Donnelly of the US district court in Brooklyn stayed their deportation arguing they could be physically harmed if they were forced to return to the country they were fleeing.

There was no count available of how many people were either detained here in the US or left stranded at airports around the world on their way to the US, organizations dealing with refugees have said they have received reports of people being detained at airports all around the country.Trump’s order blocking refugees from anywhere in the world for 120 days — indefinitely for those from Syria — and citizens from Muslim-majority nations Iran, Iraq, Syria, Yemen, Somalia, Sudan and Libya went into effect Friday.

The directive, which has been called a “Muslim ban” by critics, has caused outrage in the US and around the world but the president seemed unfazed. “It’s not a Muslim ban, but we were totally prepared,” he told reporters in the Oval office at the singing of more executive orders. “It’s working out very nicely. You see it at the airports, you see it all over.”

The White House clarified that the order impacts Green Card holders from the seven Muslim-majority countries as well. If they are out of the country, their return will be determined on a case-by-case basis, an official said. And if they planned to travel out of the US, they must see a consular officer before leaving.

As the president, the administration pushed back on the order being called a “Muslim ban”, citing many many predominantly Muslim countries not on the list. And argued that the Friday order would impact a very small number of people.“We’re dealing with a relatively small universe of people,” the official told reporters on background, adding, “It’s important to keep in mind that no person living or residing overseas has a right to entry to the US.”

That universe may have seemed small from the White House but probably not for Haider Sameer Abdulkhaleq Alshaw, one of the two Iraqis detained at JFK Friday night. He was to coming to join his wife and son who have been here as permanent residents. He hadn’t seen them for three years.

The second man, Hameed Khalid Darweesh, had worked for the US government from 2003 to 2010. Brandon Friedman, a former Obama administration official who commanded a platoon during the invasion of Iraq, wrote on Twitter, Darweesh had worked with him as an interpreter and had “spent years keeping US soldiers alive in combat in Iraq”.