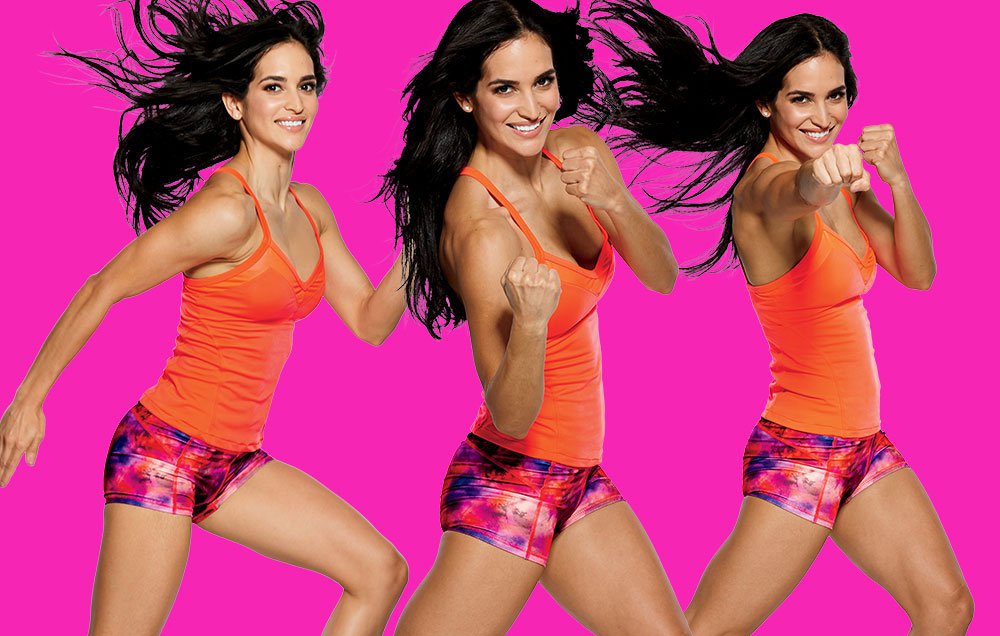 Linguists and neurologists have often theorized that the reason why so many TED Talks go viral is that they’re all held to an 18-minute limit—long enough to be meaningful, yet short enough to not bore you out of your mind.

Our brand-new DVD program, All in 18, embodies that very concept, delivering snappy workouts that are proven to torch fat and sculpt head-to-toe hotness in that magic-number time frame. We called on one of the best and brightest to lead the way: trainer Idalis Velazquez. The founder of her own personal-training company, IV Fitness, an ambassador for Target’s C9 Champion sports apparel line, and a self-made Instagram star (not to mention a former top-five finalist in WH‘s Next Fitness Star competition!), Idalis knows how to turn ideas into reality.

Plus, as a mom with little time for herself, she specifically created each routine with busy women in mind. The sessions are zippy for jam-packed schedules, require minimal at-home equipment (a mini band and some dumbbells), and are scalable to every fitness level. And they target the areas we struggle with most: thighs, middle, butt, and back of the arms. “After having my second daughter, I went through a period of not working out as often as I used to, and I lost strength and definition in those ‘trouble’ spots,” says Idalis. “I experimented with various methods until I found that adding a resistance band to high-intensity strength-training exercises rebuilt and reshaped my body.” Years later, the combo has helped her maintain that body—and now the secret recipe is yours.

The science doesn’t lie: Studies show that elastic bands increase muscle activation by about 20 percent, especially in the glutes (the biggest calorie-burning machine in your bod, FYI), so each rep is truly maximized. And those high-intensity resistance intervals? Fresh research from North Dakota State University suggests they may torch twice as many cals as previously thought—more like 26 per minute. Make no mistake, though, these workouts are tough. But Idalis’s supportive-big-sis sweetness will make you want to push yourself for her. “I believe you work harder with a cheerleader, not a demanding coach, by your side,” she says.

Idalis designed the following workout exclusively for WH readers, combining five of her favorite moves from All in 18. Two or three times a week, perform each move in order, with little to no rest in between; repeat the routine up to three times total, resting 30 seconds between rounds. To kick your metabolism into serious overdrive, complete the two-part finisher. In just six weeks, you’ll be ready to reveal a more slammin’ you.

Stand with your feet hip-width apart, a mini band around your thighs and a dumbbell in each hand; step your left foot back and raise up onto your toes (a). Keeping a flat back, bend forward at your hips and lower your body until the weights pass your knees; squeeze your glutes (b). Reverse the movement to return to start. That’s one rep; do 12 reps, then repeat on the other side.