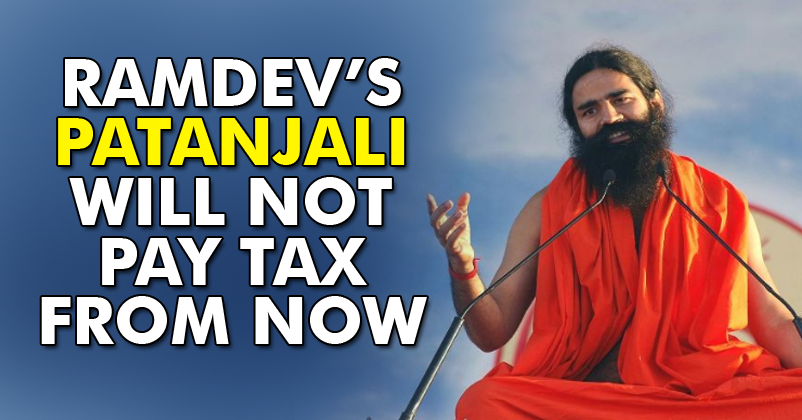 Baba Ramdev and his Patanjali Industry is only seeing a rise in its business. In a further boost to its business, Patanjali Yogpeeth (a public charitable trust) has succeeded in its appeal before the Income-tax Appellate Tribunal (ITAT), which has accepted its tax-exempt status owing to the ‘Yoga’ tag.

Baba Ramdev’s Patanjali has been in the news for all the wrong reasons and this new tax-exemption bonus raises further more doubt on Baba Ramdev’s influence in the marketing sector. From being charged for forest land encroachment to videos of Patanjali products not being herbal going viral, Patanjali Yogpeeth has lost a sizeable share of credibility.

The litigation settled by the ITAT relates to the 2008-09. However, it should be noted that the ITAT had referred to a subsequent amendment made in the I-T act. This amendment, on the basis of which Patanjali Yogpeeth received the I-T exempt status specifically included ‘Yoga’ within charitable purposes and came into effect only after 1 April, 2016.

Not just that, the I-T department and accepted all the receipts stated by the trust. The amount that was left uncovered in receipts was labelled as ‘Donations from anonymous people’ or ‘provision of benefits to certain persons’. The I-T did not bother cross checking any detail twice.

If not for anyone else, ‘Achche Din’ for Baba Ramdev have surely arrived. Do let us what you think of this special tax-exemption status awarded to Baba Ramdev’s Patanjali Yogpeeth in our comments section below.