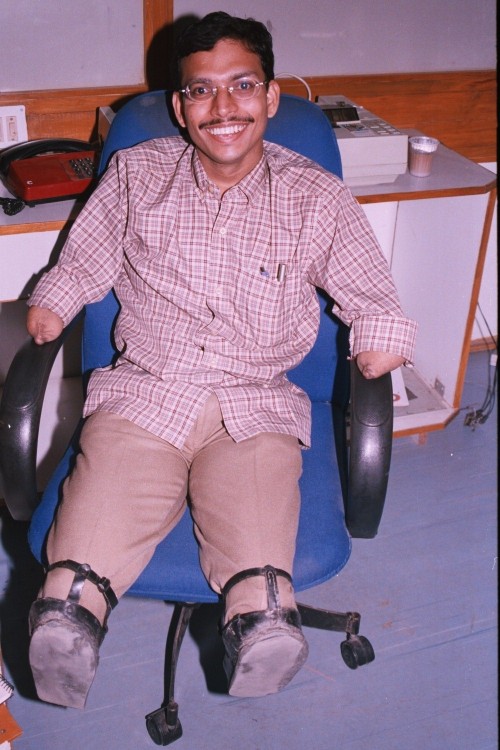 Raja Mahendra Pratap from became limbless after electricity surged into his body during a challenging attempt at a daring task, at a tender age of 5, but as of now he is self reliant, survives on his own, earns well and tries to never miss going to work. This inspiring man with severed hands and legs at the knees and ankles is still able to do everything, even if he has been left bereft of limbs.

After becoming limbless, he was prevented from going out of his house for one decade. He proved that given half a chance a disabled person can make a great impact on society. He not only completed his MBA and Finance studies, but has also been a scholarship recipient. He now participates in making policies and offers scholarships too. He says to just give him any task and he has the capacity to accomplish all of them.

As an adult, he combs his hair, completes his daily chores, locks the door, goes to office and earns a handsome salary as well. This 29 year old enthusiastic is ready to climb stairs when the lift doesn’t work. People are filled with appreciation and feel amazed with this enthusiastic man oozing confidence despite his disability.