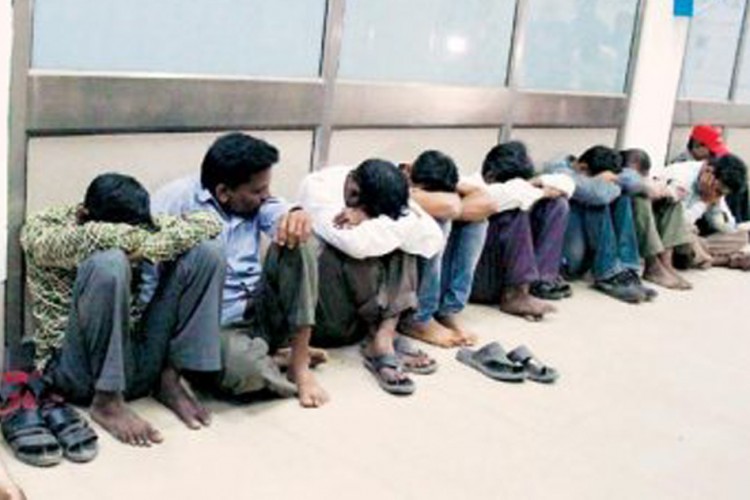 News of an organ transplantation racket in Pandoli village of Gujarat has been doing the rounds of media as one the villagers  27-year-old cattle trader Aamir Malik  has lodged an FIR saying  that he has been cheated by selling his kidney to pay off debts. Malik’s father reported that Malik had a debt of Rs 1 Lakh. To pay the loan without any interest, he asked his friends to help him. His friends had drugged him and took him to Delhi on February 12 and without Malik’s knowledge, his kidney was sold. He received Rs 2.3 lakh, paid his debt and put the rest in a bank for his two daughters.

In his FIR, Malik had mentioned that there are at least 13 men in Pandoli, without a kidney.  After the FIR was launched Anand police have formed a Special Investigation Team (SIT) to probe the matter and have been questioning the Pandoli villagers. What is more surprising is that the villagers are pretty aware of selling off kidney to pay debts. They called this a “common practice” in Pandoli and claim that hospitals send their agents to find kidney sellers. Though anyone can voluntarily donate a kidney but what the Pindoli villagers have been doing is considered illegal under the Organ Transplantation Act, 1994. The act clearly states that both the donor and the recipient should be registered with an organ donation committee and donation should process only after verification.

The 13 suspected kidney racket victims have been sent to Ahmedabad civil hospital for verification and their examination has also confirmed removal of kidneys.