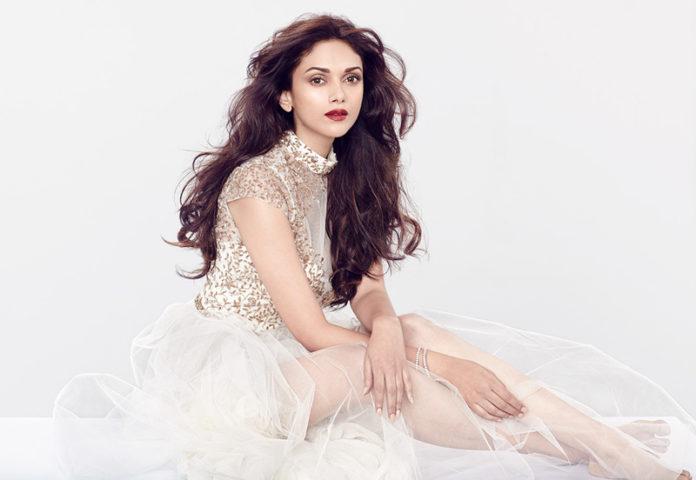 Aditi Rao Hydari is an Indian film actress who works predominantly in the Hindi and Tamil language films. She was born in the family of Muhammad Saleh Akbar Hydari and J. Rameshwar Rao in Hyderabad. Hydari made her on screen debut in the Tamil film Sringaram in 2006. The film had her play the role of a devadasi and her performance in the film garnered positive reviews from critics.

Hydari rose to fame after her performance in Sudhir Mishra’s 2011 romantic thriller film Yeh Saali Zindagi, a role that won her the Screen Award in the Best Supporting Actress category.

Read More: Love Life Of Ajinkya Rahane And Radhika Is As Sweet As A Cupcake

She has subsequently starred in several successful Bollywood films including Rockstar (2011), Murder 3 (2013), Khoobsurat (2014), Wazir (2016) and Fitoor (2016). She is also a classical Bharatanatyam dancer and trained under Leela Samson.

Hydari made her acting debut with the 2007 Tamil film Sringaram, in which she played the lead character, as a devadasi. The film itself was based on classical dance, being directed by Sharada Ramanathan and produced by Padmini Ravi, a noted bharatanatyam dancer.

Hydari was approached and offered the role, after Ramanathan saw her dance performance at a conference. The film received critical acclaim and fetched several accolades, including three National Film Awards.

Her first film to release in theatres, however, was the 2006 Malayalam film Prajapathi, in which she starred alongside Mammootty. In 2009, she played a supporting role in Delhi-6, directed by Rakeysh Omprakash Mehra.

In 2011 Hydari appeared in the film Yeh Saali Zindagi, for which she won the screen award. In 2011 she also starred in the Bollywood film Rockstar She has appeared in Airtel 3G advertisement in April 2011.

In 2012 she played the female lead in the movie London, Paris, New York opposite Ali Zafar. With this movie, she made her singing debut by singing two of the songs. Hydari received mixed reviews for her performance. The film was a commercial failure.

In 2005 and 2009 it was reported that she was married to Satyadeep Mishra , a former Assistant Commissioner of Income Tax and Indian Revenue Service officer. While the actress had declined to comment on her marital status in a 2012 interview, in a 2013 interview she mentioned that they were separated.