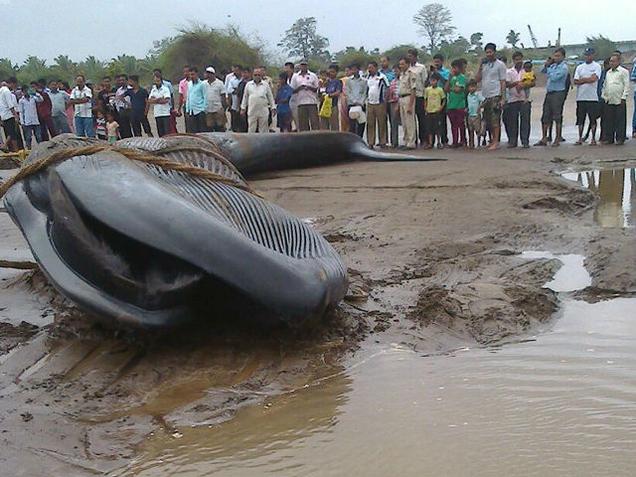 A 42-foot-long blue whale died after being washed ashore on the Revdanda coast in Alibaug, around 80 km from here, on Wednesday night. The day-long attempts by the local people to put the mammal, weighing about 20 tonnes, back into the sea went in vain.

The carcass was buried on the beach on Thursday.

Only recently were blue whales sighted on the Maharashtra coast after almost a century.

“The whale was stranded in the shallow waters near the coast and could not go back into the sea mainly because of its weight and size,” N. Vasudevan, Chief Conservator of Forests, Mangrove Cell, told The Hindu. The world’s largest animal is rarely seen so close to the coastline.

“Such incidents do happen, but in those cases, the whales go back to the sea once high tide sets in. Here, it was not lucky because of the low tide,” Mr. Vasudevan said.

Blue whales are marine mammals that can reach an average length of 75-88 feet, with the largest known specimen being of 108 feet. These animals tend to be open-ocean species, but they do come close to the shore to feed.

The Konkan Cetacean Research Team, while on a survey of Indo-Pacific humpback dolphins near the Sindhudurg coastline, spotted a blue whale on March 28. The previous sighting of the mammal off the Maharashtra coast was in 1914, records say.