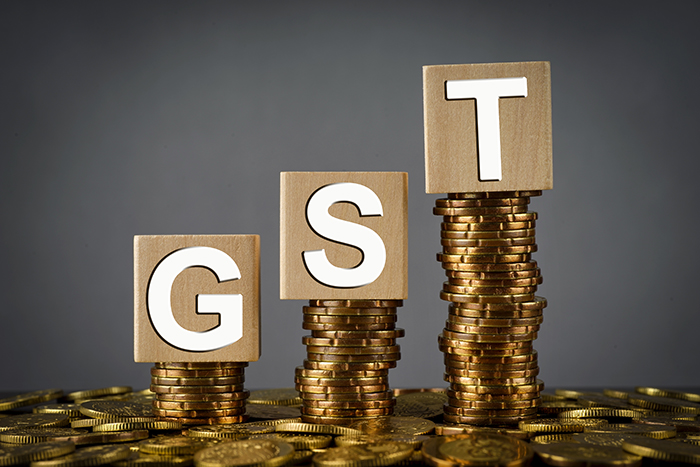 When a thumbs up was being given in its Monetary Policy Report, the Reserve Bank of India, has stated that the impact on inflation trajectory could be for a short term, with implementation of the GST. This is because on the CPI inflation, it would not be having any material impact.

The report has stated that transportation costs would be cut down, rigidities in supply chain would be reduced and costs would be trimmed in general with improvisation in productivity, while a unified market for services and goods is being created in the country. On the inflation trajectory, a pass-through that is short lived could also be produced, states the report.

In the meeting held recently by the GST Council, the RBI has stated that the dual rate structure with a low rate of 12 percent and a standard rate of 18 percent could impact inflation but it would be minimal. General consensus arrived at the meeting is that if the standard GST is 18 percent then it would result in moderate impact on the consumer price inflation.

Some more studies indicate that short term inflation would be fuel, with the GST implementation. GST rates start at 5 percent and taxation services at movie houses, restaurant etc are 18 percent which are bound to increase prices.  Also under the GST ambit, products like petroleum and liquor are not covered, which is definitely a problem according to many experts. According to them these two products a sources are responsible for this as crony capitalists need some extra time to funnel away their black money till the time the GST makes a promise of widening the population that is paying tax.

Certain economists are of the view that the real estate market would be impacted negatively with GST implementation in India. Not only would it make new homes more expensive by 8 percent but at the same time reduce demand for real estate by around 12 percent. Further, there are other economists that state that the State GST and Central GST are nothing but mere new names for CST, VAT, Service Tax and Central Excise Tax.

What Is A Constitutional Amendment?

A modification made in the constitution of a state or nation is termed as constitutional amendment. Alteration in

constitution’s text is done in many jurisdictions, while in others no changes are done in the text.  However whatever amendments are made they do change effect of the text. As far as the Constitution of India is concerned, it is in Part XX – Article 368 that the amendment in the constitution procedure is laid down. The process in which changes to the supreme law or fundamental law of the nation is made, is termed as amendment of the Constitution of India. The Constitution’s sanctity is ensured, with this procedure. Besides this a check is maintained on the Parliament of India’s arbitrary power as well.

As compared to Constitutions of other countries, provision for a distinctive process of amendment is made by the Constitution of India which is partly rigid and partly flexible.  In the amending process, the Constitution of India provides for a variety.  In either House of Parliament, a bill is introduced as part of initiation of amendment of the Constitution.  After this, depending upon the majority of total membership of each of the houses, the Bill is then passed. The majority should not be less than two thirds of the House members, giving votes and present during the voting session.  If the two houses disagree, no provision is made for a joint-sitting. The required majority then passes the Bill to the President, after when he provides his approval to the Bill. If in case any changes have to be made in any provisions mentioned in the amendment then, Legislatures of not less than one-half of the States, will ratify the amendment first, after which it process to the President for his approval.

What Are The Finer Points In The Implementation Of The Bill?

It was actually in the year 2000 that the then government had first announced the GST. Now after seventeen long years, GST has now become a reality. July 01, 2017 was the date set for its final implementation.  The Rajya Sabha had passed the bill first on August 3, 2016. In the Constitution’s 122nd amendment, GST had been introduced. The proposed GST Bill underwent a lot of changes besides regulations and rules pertaining to it.

Before the Goods and Services Tax – GST was implemented, on July 01,2017, a number of committees had been set up for evaluating its feasibility first and then to go ahead with the implementation. There were a number of fine points that were considered.

One major problem was of separating the taxation powers of both the Centre and the States which had resulted into SGST and CGST.

Another fine point in the implementation of the Bill is whether the GST has to be made applicable at the point when sale takes place. In comparison to the GST, Excise Duties are taxed at the point of origin, while Value Added Tax – VAT is a tax that is destination-based.

Ordnance Board is on full throttle to keep India ‘combat ready’

This Letter By A 11 Year Old Pakistani Girl To PM Modi Has A Powerful...