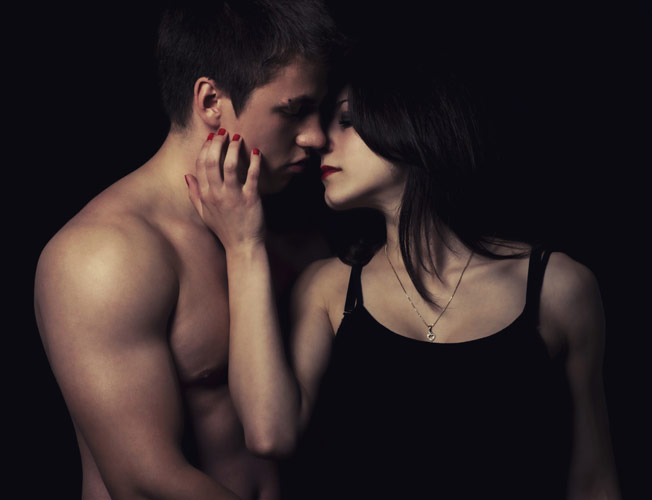 How well do you know your body? Here are 30 facts about orgasms we bet you never knew!

1. The word ‘orgasm’ has been derived from a Greek word orgasmos which actually means ‘to swell with moisture, be excited or eager’.

2. The use of condoms does not affect orgasm quality. There is equal probability of a woman orgasming with or without a condom.

3. The spark you feel up your spine while orgasming is because of a pair of pudendal nerves that connect the penis/clitoris to the brain.

4. A woman can orgasm by the stimulation of breasts and nipples alone. Yes, nipplegasms are for real!

5. Kegel exercises really increase the chances of an orgasm.

6. The condition where a person cannot orgasm is called ‘anorgasmia’, literally meaning ‘lack of orgasm’.

7. Orgasm helps you burn only 2-3 calories, though foreplay and intercourse could help you burn upto 50!

8. The areas of the brain that register fear and danger are deactivated while climaxing.

9. An orgasm affects the same part of your brain as heroin does in a drug addict’s brain. Whoa, sex really is addictive!

10. Even though it is popular belief that orgasms stop after a certain age, people older than 90 have also been experienced orgasms according to some studies.

12. It could take up to around 20 minutes of stimulation for a woman to orgasm.

13. But there are some women who can orgasm in under 30 seconds with self-stimulation.

14. Men can also have multiple orgasms and the proof lies in documents dating back to 2968 B.C.

15. Just thinking about orgasming can also result in an orgasm.

16. Sex toys have been used since hundreds of years for sexual pleasures.

17. The same parts of brain are activated while orgasming as those activated when you feel pain. Hence, the weird sex face!

18. Orgasms can ease your pain for around 10 minutes.

19. It is not necessary for a man to be erect to ejaculate.

20. According to Egyptian texts and legends, this world came into being when their God Atum masturbated.

21. Circumcision doesn’t reduce the chances of orgasm in a man.

22. But, a foreskin does help in increasing the duration of an orgasm.

23. Not just men, even women can orgasm in their sleep.

24. Although just a tiny percentage, women have been reported to have orgasmed while doing Yoga.

25. The farthest distance any man has ever ejaculated is about 8 feet.

26. Most women are unable to orgasm from vaginal intercourse alone. They need oral sex or physical stimulation to get them going!

27. An average orgasm in both men and women lasts for about 17-20 seconds.

28. It is possible for a woman to orgasm during child birth.

29. The higher your stress level, lower are your chances to orgasm. So, relax!

30. Doggie-style is one of the best sex positions to ensure your woman’s orgasm.

Tips for How to Turn a Girl On to the Max

Viral: German Man Returns Former Lover Half of Everything They Owned. Literally